In the course of some work, I needed to derive solutions to the following non-isotropic integral:

Scientists (or at Least Theoreticians) as Cartographers

An interesting (and seemingly eternal) philosophical debate in science is that of scientific realism versus instrumentalism. My own experience seems to indicate that quite often, it's actually scientists (and in particular physicists) who advocate an instrumentalist standpoint, while many philosophers argue a realist standpoint.

When non-scientist friends and family ask me the dreaded question "What's the aim of your work?", I'm never quite sure how to frame my answer. This is particularly true when I'm asked "Aren't scientists looking for the ultimate truth?" (no, we're looking for grant money and pizza). Lately, I've come up with a reply that I think helps me explain my aims while remaining relatively agnostic about the realist vs. instrumentalist debate:

I tell them I'm a cartographer.

First, apologies for the lack of posts lately, I've been quite busy with other obligations. I hope to have some more content up reasonably soon.

As to one of those obligations, I will be presenting a poster at the upcoming Midwest Theoretical Chemistry Conference (MTCC) at Northwestern University on Sunday, June 15th. I will be presenting poster number 14 in session B from 4:30 to 6:00 PM in Silverman Hall . The title of my poster is Interplay of Coupling Strength and Dephasing Noise in Excitonic Transfer in One- and Two-Dimensional Homogeneous Systems. The research is still very much ongoing, but when's the last time you heard of a complete and finished scientific work?

If you're attending the MTCC please do drop by. Since I'd imagine only a handful of readers will be attending, I will try to publish the content of my poster on the blog at some point, although unfortunately that may not be for a while.

Physical Review Letters just published a paper in which an international group in Germany claimed to have repeated the 2010 results of the synthesis of element 117 (E117) by bombarding berkelium with a calcium beam (synopsis available here). Berkelium can currently only be produced by the Oak Ridge National Lab in Tennessee, and even they don't always synthesize it, so this type of experiment isn't that easy to do.

In the paper, the evidence of the existence of E117 relies on observing a small number of decay events. There's plenty of interesting nuclear physics, including the discovery of a previously unknown isotope of lawrencium, but don't expect any chemistry for the foreseeable future.

Nevertheless, if I may be so bold allow me predict that E117 will be essentially entirely metallic with little to no halogen character. Its spin-orbit coupling will be so extreme that it will only be possible to describe it with a j-j like scheme, and as such it will have almost no similarity to the halogens fluorine through iodine. For more on this, see my posts on astatine, especially Astatine: Halogen or Metal? Part 3: Electronic Structure Calculations. Anything that applies to astatine will apply even more strongly to E117.

Discovery of a Tetraquark

The scientists claim they discovered a four-quark particle, or tetraquark, composed of a charm, anti-charm, down, and an anti-up quark. The particle would appear to be roughly (or possibly even exactly) a bound state of two mesons, that is two pairs of color-anticolor quarks; for example red-antired and blue-antiblue. The charges of the charm and anti-charm obviously cancel, leaving -1⁄3 from the down and -2⁄3 from the anti-up, for a total charge of -1.

I can't speak to the quality of this research per se, but I do remember the excitement and subsequent let down over the pentaquark, so I'm going to wait to hear what the wider particle physics community concludes about this latest finding. Still, it's a pretty cool finding. 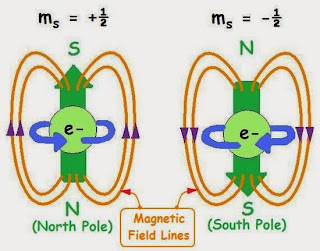 It shows each element by its nation(s) of initial discovery, except of course elements like iron which date to antiquity. Europe claims most of the 18th and 19th century elements, while the U.S. seems to dominate in the modern ones, i.e. astatine plus the transuranium elements.

Overall I think it's a fascinating chart, but I do have a couple of problems with it. One, it lists element 117 as undiscovered, despite the fact that it was synthesized by a joint U.S.-Russian team in 2010. Still, element 117 hasn't been officially accepted by the IUPAC/IUPAP, so I suppose the creators are just playing it safe.

But more importantly, I feel the chart's creators err when they assign the discovery of oxygen to England and Sweden. For the historical record, Carl Wilhelm Scheele of Sweden in 1772 and Joseph Priestley of England in 1774 both independently isolated oxygen by heating HgO and the like. Although Scheele performed his experiment first, Priestley published first, so there's some question as to which one deserves more credit-this chart seems to split the difference.