Note to readers: To date I have attempted to keep my posts approachable by non-chemists in an effort to provide chemical education to anyone interested. Due to the subject nature, this post will perforce be something of an exception and will contain parts that may be unaccessible to anyone without at least bachelor's level expertise in chemistry or physics. Nonetheless, I will attempt to make the conclusions accessible to a more general audience.

While teaching a recent general chemistry class I was asked whether astatine should be considered a halogen. I realized that throughout my undergraduate years, the halogens had always been assumed to stop at iodine, but to my embarrassment I had never fully researched why. Even its placement as element 85 begs the question, does astatine continue the vertical trend of the halogens, or the diagonal trend of the metalloids? In this series of posts I hope to address this question in a manner thorough enough for future graduate student TA's who work in other areas of chemistry, but still generally approachable to interested non-chemists.
Read more »
Posted by CC at 2:03 PM

Primo Levi. From Wikipedia
A few years back an event organized by the Royal Institute of London named Primo Levi's The Periodic Table the best science book ever written. Although others can and have done far better jobs analyzing the philosophical and literary significance of Levi's work, I'd like to share a few of my thoughts, some from a scientific perspective.

Before reviewing the book, a brief background on Primo Levi is necessary. Levi was born in 1919 into a relatively well-to-do Jewish family in the Piedmont region of northern Italy. His entry into university to study chemistry coincided with the increase in severity of the Fascist party's laws against Jews. As a result, Levi was among the last Jews able to earn a degree in Fascist Italy. Although racial laws should have prevented Levi from gaining employment as a chemist after graduation, through a combination of an Italian army officer who&#8212in Levi's assessment&#8212"took a bitter and subtle pleasure in breaking the laws of racial separation," and subsequent employment by a Swiss firm operating in Milan, Levi managed to work as a chemist through the partition of Italy in 1943.

There was a fascinating recent article in Medium entitled The drug revolution that no one can stop. Although rather long, the piece is a great read about the medical, legal, and scientific aspects of custom narcotics. 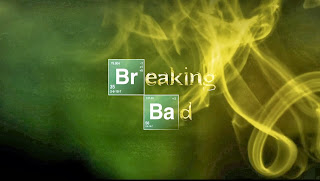 The article discusses "psychonauts" who behave as human guinea pigs for novel, potentially physchotropic compounds (they aren't big believers in lab safety protocols). By slightly modifying known drugs and marketing them as not for human consumption, they can operate more or less inside the law for a few years until the government catches on. I won't attempt to rehash the entire article here, but I do want to point out the part that's of particular interest to me as a chemist.

The author invented a fake identity and UK based pharmaceutical company and set off searching for a contractor to synthesize a phenmetrazine like compound. After about a week he hired a Shanghai based company willing to synthesize the drug and ship in to the UK with minimal questions asked, all for only a few hundred dollars.

What really struck me was the degree of chemical expertise the Chinese company exhibited. They not only developed a synthesis route for the compound within two weeks, they then proceeded to use liquid chromatography to test its purity and even emailed an NMR spectrum of the drug before shipping. When the author received the compound, he sent it to a lab at Cardiff University, who confirmed its purity and the NMR spectrum. The Chinese company were legitimately highly trained and skilled chemists.

What's the take home message here? There will always be intelligent people willing to use their intelligence for bad (or at least morally grey) aims, and we as chemists have proven that we're no exception. Still, it hits home to see an example as blatant as this. I suppose this is how doctors feel when they read about other doctors selling narcotic prescriptions.

Why Aren't More Blades Made of Titanium?

Note: Since this article was first posted in 2014, a number of excellent points have been brought up by readers that necessitate revision of the post. I hope to have an updated version available soon.
Posted by CC at 12:11 PM

There was an excellent article yesterday about so called chemophobia (and fear of GMOs as well) at The Collapsed Wavefunction.  It reminds me of the Royal Society of Chemistry's &pound1 million bounty on finding a chemical free product.

All I can add is to emphasize the last paragraph of the post. While it's important to respond to chemical misconceptions by the public, if we're looking for the source we would do well to hold up a mirror.  Where are the Sean Carrolls and Richard Dawkinses of the chemical world?  Why don't we do more to excite the next generation to learn what the world around them is made of, and why it behaves the way it does?  If we become more proactive in teaching the amazing things described by chemistry, perhaps we wouldn't need to be so reactive in debunking the myths about evil chemicals.
Posted by Charles Forgy at 9:44 AM